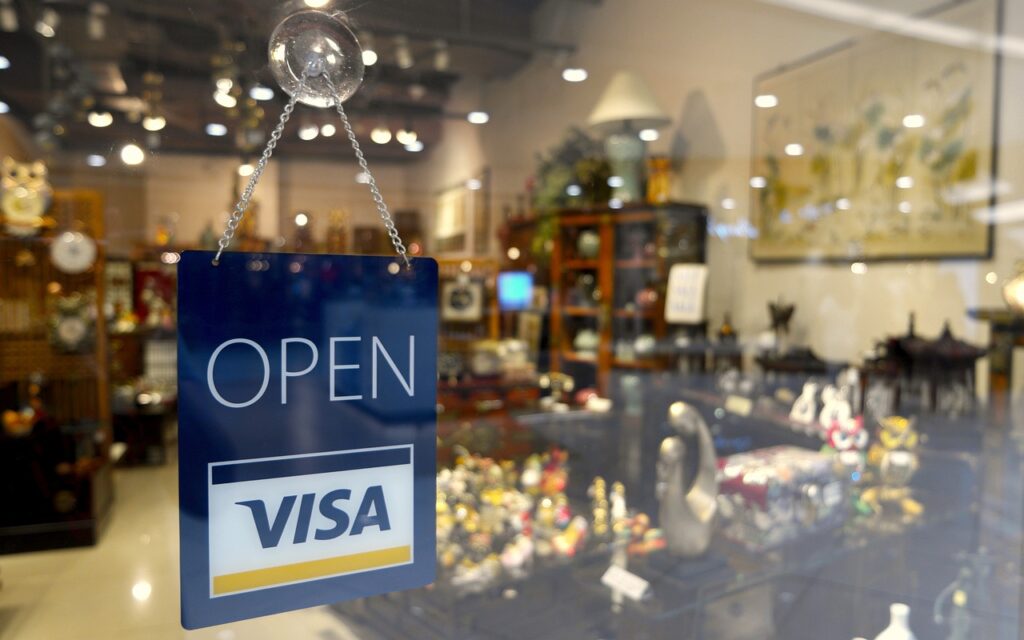 It has been a while since when the electronic payment giant Visa Inc. has been overstretching its efforts in adopting blockchain and digital currencies.

One of the attorneys of USPTO, Mike Kondoudis, tweeted on 27th October, 2022 that UPSTO has received two trademark applications from the Visa Inc.

Kondoudis revealed that electronic payment giant has been planning to introduce fresh crypto products. He detailed that Visa’s plans include launching of NFTs, digital wallets and managing of digital currencies and transactions etc.

USPTO has further confirmed the Visa filings under two separate serial numbers. It was further revealed that the applications were received from the subsidy of Visa Inc. namely the Visa International Service Association.

According to USPTO, the trademark applications were filed before the authority on 22nd October, 2022.

The contents of one of the application suggested that the trademark owner wishes to introduce software with regard to non-downloadable digital products and goods i.e. NFTs. Furthermore, the owner wishes to launch digital wallet.

It has now been over various years that Visa has been taking keen interest in digital products. In this connection, it may be noticed that the electronic payment giants has extended partnerships with over 5-dozen crypto firms.

It has been further noticed that the recent partnerships of Visa include entities such as crypto derivative exchanges plus digital wallet and storage service providers.

The objective of Visa is to utilize more than 80 million of its vendors and merchants into accepting digital payments.

In the first quarter of 2021, Alfred Kelly, CEO of Visa stated that his company is planning to introduce crypto trading. He suggested that Visa’s network is tailor-made for hosting trading of digital assets and products.

Kelly was of the further view that crypto has gone completely mainstream. He further said that his company was interested in making its massive contribution in the digital industry.

Later in that year, Visa successfully inaugurated crypto advisory services from its network.

Somewhat similar applications have been received at USPTO by three archrivals of Visa Inc. namely Mastercard, Western Union (WU) and PAYPAL. The three companies too are desirous of introducing various digital services.

Their applications include applications seeking participation into crypto activities and virtual reality based games such as Metaverse.

Other filings include the filing from Formula One which filed a number of applications before the trademark authority. However, according to USPTO, at least 15 application it has received from Visa’s archrival Mastercard.